Did I mention that Rye is the headquarters of Adorableness?  If you need a movie set for a quaint English village look no farther!  Cobblestone streets, moss encrusted roofs with a bazillion chimneys, totally darling pub on the corner...Rye even has a castle! 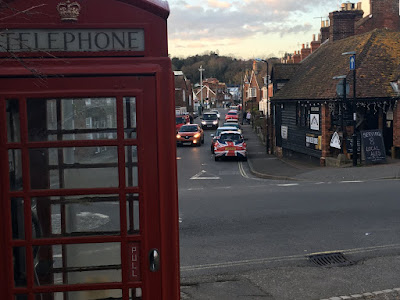 Yes, that is clotted cream and a cucumber sandwich with my tea. (English Breakfast of course!) 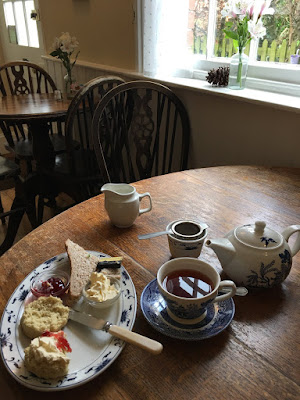 So you may be asking, "When the heck did you have time to sew with all the tea drinking and quaintness gawking?"  "And what, if anything did you make?!"  So glad you asked!

As I mentioned in my last post, the retreat that I attended was a whole week and we got to pick whatever we wanted from the Merchant and Mills portfolio.  Actually, 3 of their patterns were included as part of the workshop.

Before I left for Britain I packed the M&M patterns that I have altered so I would have them to work with when I got there.  I didn't want to spend too much time altering and fitting if I had already done it.  I never even unpacked them!

At the studio they had all of the patterns made up and in most of the sizes, so you are able to try on the ones you want to figure out style and fit.  I ended up making three different garments that I never would have picked just from looking at them on line.  It was a total surprise and so much fun to find things that are different for me and new! 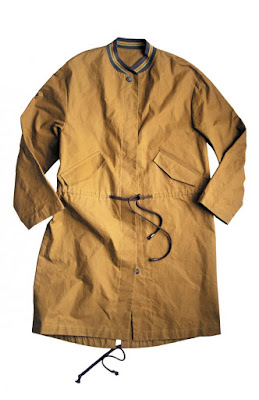 My first "make" was The Parka.  I liked the pattern but it seemed much more suitable to the weather in England than the weather in Michigan, so I hadn't really considered it.  A great rainy day coat!  But, when I saw it made in a shorter length in their cotton jacquard fabric, I fell in love.  The fabric is woven but has the feel of a French Terry.  I thought it would be the perfect weight for spring and summer evenings by the lake. I chose an Indian block print to line the hood which is an additional pattern that was added to the portfolio after the original pattern was introduced.  You might not realize that it is the Parka by looking at my jacket.  I am really excited about how it turned out! 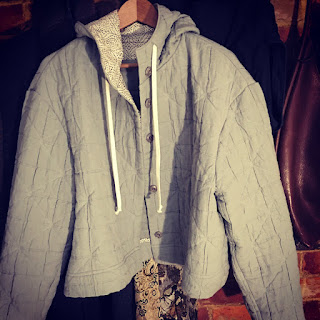 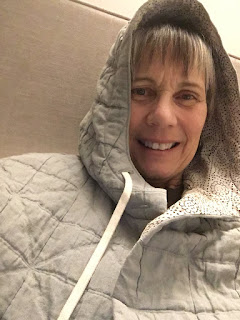 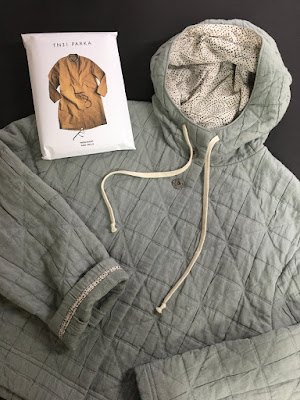 All of the staff at the shop wear their M&M clothes everyday.  It's like a fashion show!  It is also great to see the different styles on different bodies.  Several people had on the Eve pants.  They looked great on everyone!  I decided I would try them for my second project.  When I tried them on in my size, I was skeptical because I usually have to make several changes to a pants pattern.  They fit and felt great so I forged ahead with the pattern right out of the envelop. 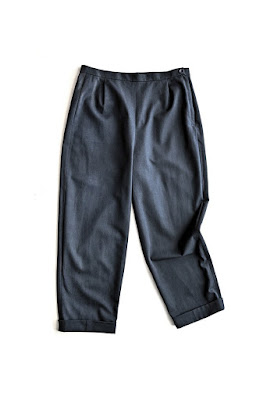 Eureka!!  My new favorite pants!  (at least my new favorite woven pants!)  What a great pattern.  I made them in a linen that was turquoise in one direction and brown in the other direction.  I really like the drape of the linen.  They sit right at the waist and remind me of the pants I wore in high school, I even broke my own 'no short pants' rule and hemmed them at ankle length.   I think these will be great for summer. 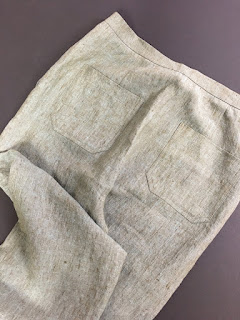 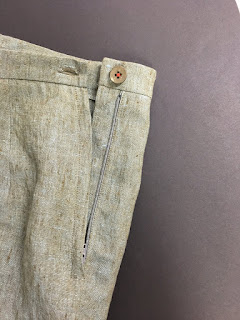 The last thing I worked on was the real surprise.  It's called the Fielder.  It's their version of a raglan sleeve sweatshirt style top.  They show it made up as a top with ribbing at the hem but also as a dress.  I never ever would have picked this one.  Raglan sleeves are usually a total disaster for me.  They never hang right on my broad shoulders.  Again, I tried it on and decided to go straight out of the envelop. 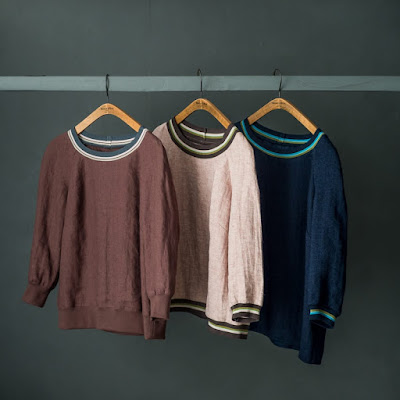 I really had summer on my mind so I chose a very light weight Indian cotton print.  Merchant and Mills stocks really great ribbings so I had a hard time picking one.  I wanted a bit of weight at the hem to help it hang better so I added a great big pocket across the front.  The little "inside" pink pocket was a scrap from one of my sewing buddies. 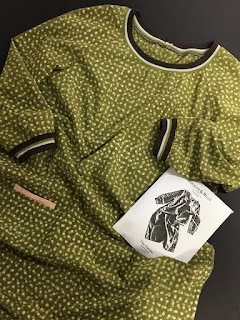 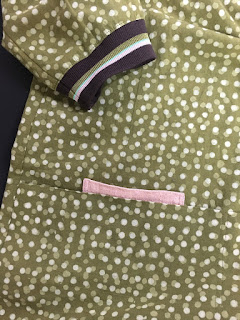 All of us went home with three finished garments (one person finished 4!), AND plenty of fabric to keep sewing in our own studios back home....I'll share my amazing box of stuff in another post! 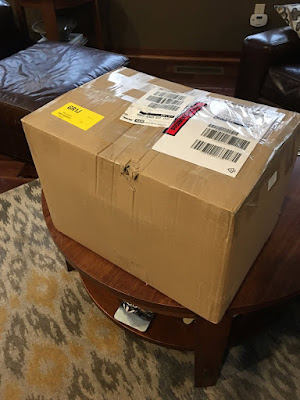