Time Flies, and So Do Snowbirds!

It's time for this snowbird to migrate back to the northern nest.  It hardly seems like that should be true, but we have been here for 5 months and it is getting dang hot and spring is springing back in Michigan, so off we fly!  Both of us have had our vaccines so traveling this time doesn't feel quite as scary. 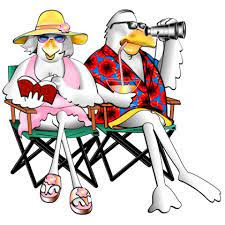 I feel like I have accomplished quite a bit this season (what snowbirds call "winter" wherever they land.).  When I arrived in November with my sewing machines and a nervous cat I wasn't sure I would actually get much sewing done at all.  But with the help of the USPS, FedEx and Amazon, I managed to get myself set up quite nicely in my lofty sewing space and completed several fun projects. 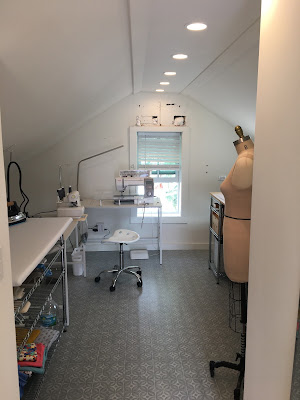 I wanted to finish up a couple of things before shutting down the Southern Most sewing space.  A knitting project that I started when we first arrived back in November and a 'house dress' made from a cotton beach towel that I found at the local farmers' market.  Kind of on two ends of the spectrum...a fuzzy warm sweater and a loose 'touch as little as possible' dress!  Both ended up being practically zero waste projects as well.

The idea of 'zero waste' has been interesting to me since I am in a brand new space.  I'm not sure I want to fill it up with boxes of small scrappy bits.  Being more conscious about what I am really using and what I am just stashing away is easier with a clean slate in front of me.  My penchant for having 'almost enough' fabric is actually serving me well in my quest for zero waste.  It does require a bit more head scratching and engineering somersaults, but that's fun too.  But I digress....

If I had kept all of the stitches that I knitted on this sweater I would have about three sweaters! I kept starting and unknitting and trying again and unknitting, I just couldn't figure out the gauge or the style.  To look at the finished product you wouldn't think it would have been such a trial.  I think I just got worn out and needed to get it off the needles before the yarn was worn out too.  I do like it at the end of the day, but it was a wandering road to the finish line!  I can't even imagine putting it on right now, it is close to 90 degrees!!!  But when I started it in November it seemed like just the right thing for January evenings, so next season I think it will get some wear. (I think I will be ready to see it again by then, too) 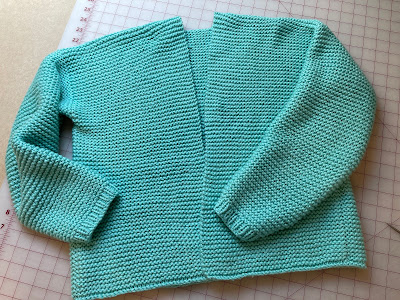 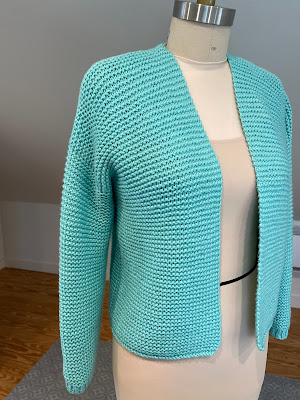 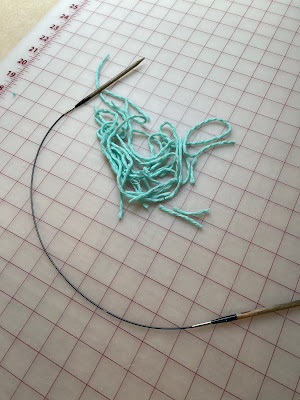 ...and this is what was left!  Whew!
My last project of this first season is a dress that I imagined for the hot days we are having right now.  I wanted something that touched as few body parts as possible!  I started with an old sheet and cut out a piece the same size as the towel I bought at the market.  I draped and folded it until it more or less was a dress shape and then transferred the idea to the towel.  I used the cutouts that I made for the armholes and neck to make the pockets and used a scrap of linen to make bias for the edges.  It literally touches my shoulders and that's it!  It is definitely not a going out of the house dress, but it sure is comfortable in April in Key West. 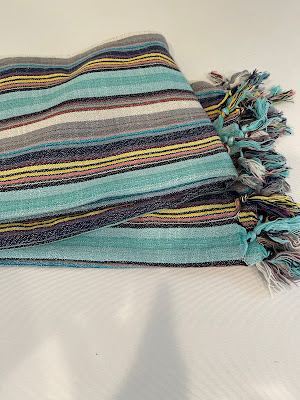 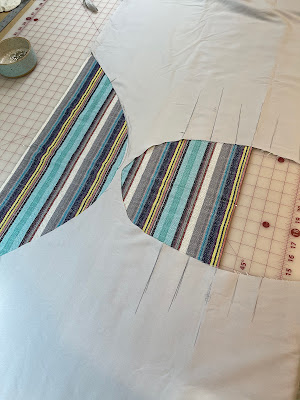 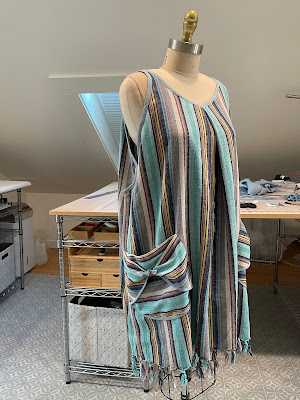 I love 😍the gigantic pocketses!!! 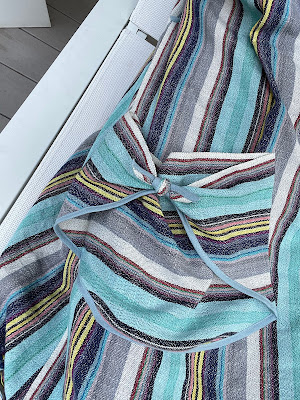 It's still early days in this new snowbird life style, but so far so good....see you back in Michigan! 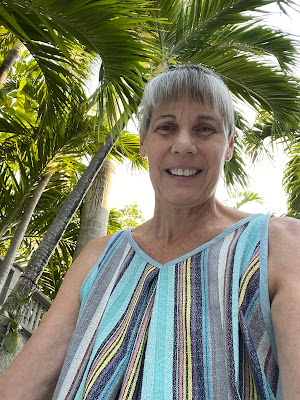