Whatever Blows Your Skirt Up! 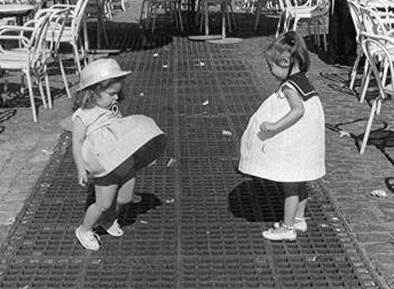 Sometimes the best plan is just spending the day playing together.

I had a 'play day' recently with a good sewing buddy.  It was my turn to host so we spent the day in my studio laughing and messing about with fabric!

When she arrived she filled me in on some of the 'life' that was swirling around her and I could tell that she really needed to PLAY!  She had come with a whole bag of 'possibilities' so we pulled out patterns, tried on different garments, and finally decided on a dress that she could wear this summer and possibly to a couple of weddings that she has coming up.

We started with a really lovely bright apple green and black print linen (We think it may have come from JoAnn's several years ago!). The pattern we wanted to use was a Katherine Tilton design that called for knit fabrics.  (Already we were breaking the rules!)  We thought if the linen was cut on the bias it would give enough to work.  To make sure the top actually would fit we added some knit fabrics to the bodice, which was the closest fitting part of the dress.  Black stretch lace, a couple of striped jerseys, and a cute black and white cotton print for the hem, made up the rest of the fabrics.

I showed her the design boards that I have been experimenting with so we made one for the dress project.  They are fun to do as a way to collect thoughts for a project, but also as a record of the project when it is completed.  Here's the one we made for the green dress... 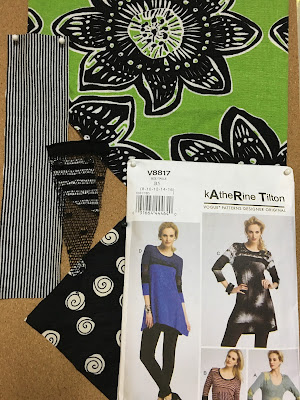 We made some changes to the pattern:

It was really fun to watch it come together.  It turned out so dang cute, it fits like a dream and totally looks like my friend.  She was really pleased and having the chance to immerse herself completely in a project was just what she needed!

Sewing is so often a solitary endeavor, but when we get the chance, or make the opportunity to sew together it is such fun.  Sometimes you just need to spend time being girls together doing whatever blows your skirt up! 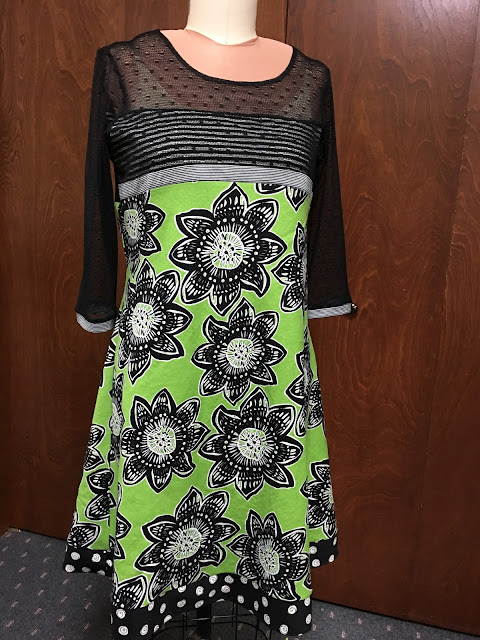 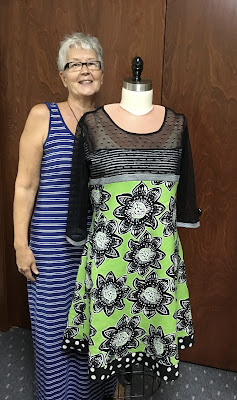