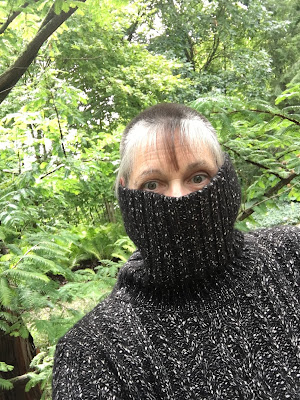 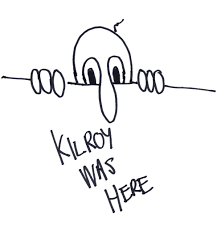 First fall project!  It's hard to believe that summer is winding down. My altercation with the chair has kind of put a damper on summer activities, so I guess I'm looking ahead to fall. (which happens to be my favorite season anyway!)

Last year I got this huge, tweedy sweater dress at an end-of-the-season sale for ridiculously cheap...I think the price tag obscured the fact that it is also ridiculously HOT to wear!  The only way to be comfortable in this cotton, wool, alpaca blend frock is on an icebreaker off the coast of Norway!!

I had put it in the thrift store box, but the wonderfully soft fabric persuaded me to retrieve it.  I knew I would never wear it as a dress, so I started pondering a 're-do.'  I decided I would be more likely to wear it as a long cardigan than as a dress or a top and skirt.  The open front would make it comfortable even indoors.   It made me a bit nervous thinking about cutting into the sweater knit.  I kept picturing the whole thing unraveling in a fuzzy mess on my cutting table.

So before getting out my scissors I tried out a few options on my dress form... 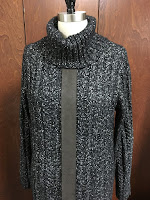 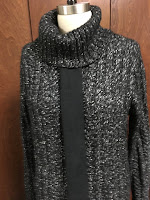 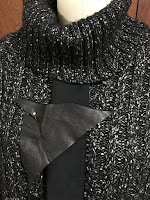 I pulled a few 'leather like' bits and pieces from my stash thinking they would be the right weight and texture to go with the heavy sweater material. 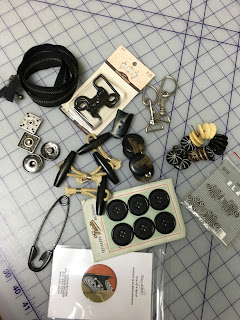 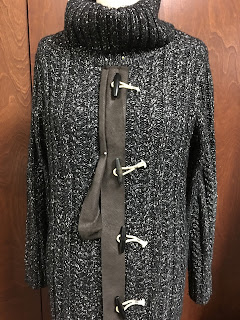 I also played around with closures...

I ended up choosing a brown/black suede cloth with a snake skin print embossed on it.  I liked the contrast of the brown with the black and white tweed it has a casualness about it that I like. 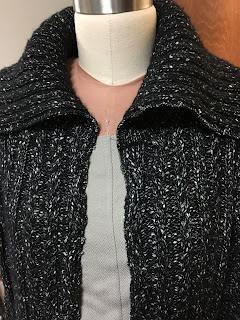 I held my breath and cut the sweater right up the center front.  Phew!  The knit was surprisingly stable.  I ran the edges through the serger just in case.  Already I liked it better.

I was still back and forth about closures but I figured that binding the front edges would work with whatever I ultimately chose.  I used the suede cloth and did a half inch binding.

Once that was in place I liked the minimalist feel so I put a bronze separating zipper up the front.  At that point I could have called it good, but a long coat, cardigan just screams out for pockets!

Patch pockets would have been the easy choice, but, heck, I had had such good luck cutting the front I decide to go for welt pockets, keeping the minimalist 1/2 inch binding theme going. 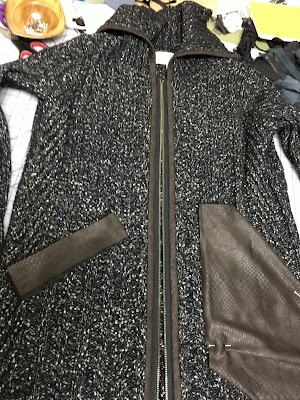 I stabilized the angle cut with iron on tricot and stay stitched the opening. 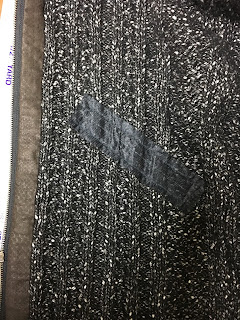 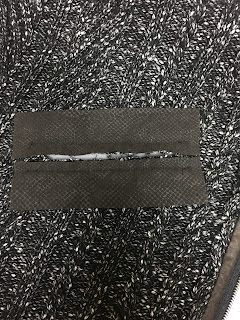 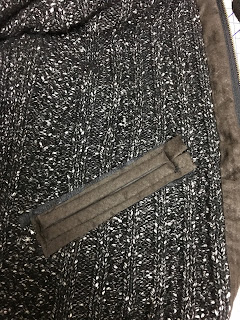 Again, the knit was incredibly easy to work with.  Thank goodness, because ripping out black stitching on this stuff would have been a nightmare!

I finished the pockets by attaching a 'patch pocket' to the inside of the sweater.  I hand stitched it in place so it wouldn't show on the outside of the cardigan. 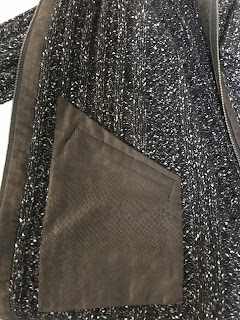 I was so nervous before I started this 're-do.'  Cutting up the chunky cable knit fabric made me very squeamish.  But in the end it was very easy to work with and I think the result is awesome!  Much better as a cardigan than a dress!

Now I'm ready whenever fall decides to show up. 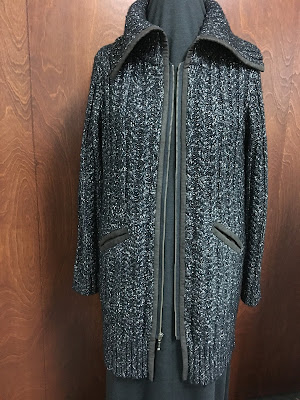 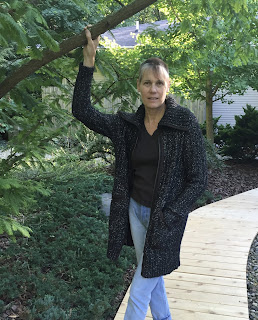 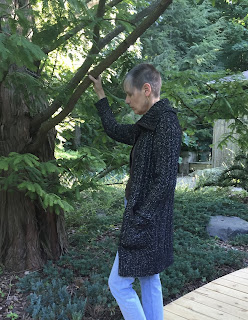